Take a winter holiday the way Icelanders do – experience the beauty of this season in a comfortable holiday home in West Iceland near the fjord Borgarfjörður. Many sights will be within easy driving distance: fantastic lava waterfalls, Þingvellir National Park, and Snæfellsnes Peninsula with its vast sandy beaches and sheer cliffs. Activities like skiing, snowboarding, snowmobiling, riding, cave excursions and a visit to a glacier tunnel will make this a real winter experience.

This holiday is ideal for families and small groups, or for couples. It is also available in summer.

NB: This itinerary makes suggestions for each day.  But you decide what you want to see – and in what order. Unlike all the other trips, no mileage information is given, because distances depend on the location of your holiday home.

Arrival at the airport in Keflavík. Rental car pick-up, drive to Reykjavík, 1-night stay near the airport or in Reykjavík (depending on your choice and the time your flight arrives).

Many Icelandic sagas are set in the area around the fjord Borgarfjörður, and you can visit these historic sites as well as admire countless natural wonders. Reykholt, the main saga location was the home of poet and politician Snorri Sturlusson, who enriched world literature with the Snorra Edda. The gushing hot spring Deildartunguhver bears witness to the geothermal activity in this region. At the Hraunfossar waterfalls, on the other hand, cold, crystal-clear water emerges from fissures in the lava. Here you can take a short walk along a fast-flowing river to Barnfossar and on through a lava landscape. A cave excursion into one of the biggest lava caves in Iceland, Viðgelmir, is possible in any weather.

This peninsula extends far west into the North Atlantic, and you can drive around it on one day. It has an amazingly varied landscape: the south with its vast sandy beaches, the western end with the beautifully formed glacier Snæfellsjökull, which Jules Verne used as the location of this novel  “Journey to the Center of the Earth,” and the north coast of the peninsula with the colorful fishing villages of  Ólafsvík, Grundarfjörður, and Stykkishólmur. Along the way you might even see orcas, and you could take a whale-watching excursion. The mighty basalt wall Gerðuberg and the lava caves Vatnshellir are further attractions.

The “Whale Fjord” and the Golden Circle

Driving through magnificent scenery marked by mountains and the sea, you travel via the “whale fjord” Hvalfjörður to the national park Þingvellir where you will see the steep gorge Allmannagjá and countless rock fissures and cracks formed by volcanic activity. At Lögberg, the “Law Rock,” the Lögsögumaður (Law Speaker) recited the law to those assembled there in ancient times. A walk along the river Öxaráfoss, which is often frozen in late winter, leaves a lasting impression. After a drive through the magical winter landscape, you come  to the hot spring Strokkur, which regularly spouts a high column of water. Adjacent to it are numerous bubbling hot springs and the old hot spring Geysir, which is now largely dormant. Another highlight is the waterfall Gullfoss (“golden waterfall”) in the torrential glacier river Hvítá (“white river”), which often has a more silvery appearance in its winter costume.

Skiing in the Blue Mountains

Real winter fans who like to experience the cold season in an active way can let off steam in Bláfjöll, the “blue mountains” near Reykjavik, with their 16 ski lifts and excellent ski runs. These mountains, with their fantastic surroundings, are perfect for downhill skiing, snowboarding, and cross-country skiing.  The necessary equipment can be rented on site. Afterwards you can relax and warm up in one of the many outdoor swimming pools in Reykjavík, or in the saunas, steam baths and hot pots.  Those who prefer indoor winter sports can also visit the ice skating rink in Laugardalur. On the drive back to your holiday home, you might even see the Northern Lights!

Off to the glacier!

If you ever wanted to see a glacier from the inside, the excursion “Into the glacier” will be a unique experience.  In a specially modified glacier truck, you are taken from Húsafell in the highlands up onto Langjökull, the second-largest glacier in Iceland, and you can then walk into the manmade ice tunnel. The trip can be combined with a snowmobile tour on the 1300-meter high Langjökull, the site of the ice tunnel. If you would rather remain in the lowlands, you could take a riding tour, for example at  Hrafnkelsstaðir, or a short hike in Bæjargíl near Húsafell.

In the town of Borgarnes, situated on a rocky peninsula extending into the sea, there is a museum devoted to the fascinating story of the settlement of Iceland. Equipped with an audio-guide, you can see how the island was first settled 1100 years ago and learn about the events behind the epic Egils Saga. On the way south, you can drive all the way around Hvalfjörður and enjoy the scenery, or take the shorter route via the tunnel. In Reykjavík, there is the pleasant shopping street Laugavegur to explore, the impressive Hallgrímskirkja with its sightseeing platform in the tower, and the Perlan restaurant and observation deck. On your last evening, you can have dinner in one of the city’s many restaurants and explore its vibrant nightlife. 1 overnight stay in Reykjavík or near the airport (depending on your departure time)

Drive to the airport. Depending on your departure time, you could visit the Blue Lagoon on your way. Rental car drop-off at the airport and your flight home. 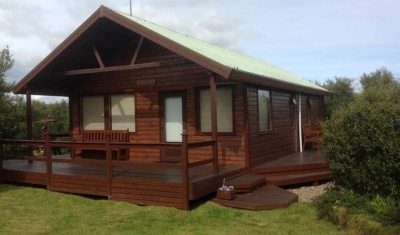 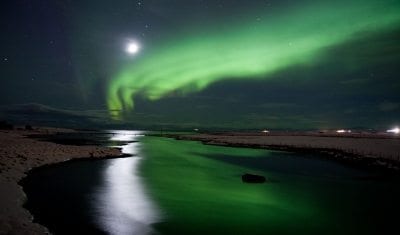 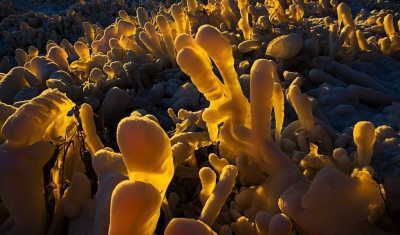 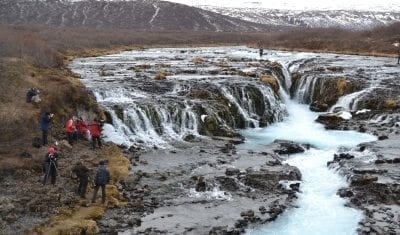 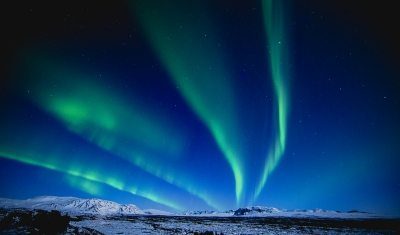